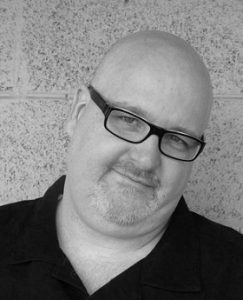 Ken Ferguson is a father, husband and Improvisor.

JPs Comedy Club is THRILLED to have Ken on the team!

Ken currently teaches Improv at JPs every Saturday at 12PM.

Call Ken TODAY and join him at JPs for a FREE Class. 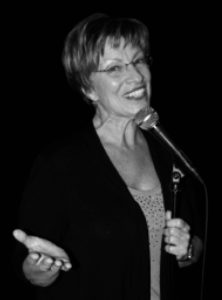 As the longest running stand-up comedy instructor in the Valley, Dee Ann Kinkade brings over 22 years of teaching experience to JP’s Comedy Club. She taught at The Comedy Spot Comedy Club in Scottsdale for 11 years and at the college level at Scottsdale Community College for 10 years as well as at Stir Crazy Comedy Club in Glendale. She is an accomplished screenwriter, author and award-winning writer/producer for Maricopa Colleges Television.

When you take class with Dee Ann you will learn the tricks and secrets of the art of stand-up comedy like how to create word pictures that make people laugh, how to do impressions, how to use props so they surprise and delight your audience, why comedic timing can make or break your joke and much more.

Now you can benefit from her new mini-series of stand-up comedy workshops. Choose the topic(s) you need to improve your performance or take the whole series of ten classes. Sign up today, class size is limited!

Ten separate classes – each one focused on a different topic.

Buy one at $50/each or several depending on what you want to improve.

Navigate to the HOME page to register for any or all of the below classes.

Learn the magic of the comedy triangle, just one of the basic joke construction formulas, as well as the U-turn and one liners. Also, when to use set-up, set-up, twist formula.

Language is the main way you communicate with your audience. Upwrite your material by painting word pictures to surprise and delight your audience. Learn to use metaphor and simile like a pro.

Learn the art of editing so your material pops! Clear out the dead wood and let your comedy breathe. Bring a printed copy of your written material to class and see the difference editing can make. Sometimes we’ll focus on only one word!

Prop comedy is hilarious when you know how to finesse it. Bring a couple props to class and experiment with them to increase your comedy quotient. Find out why no one wants to follow Carrot Top.

Ever have a heckler knock you off your game? This class provides exercises where you will learn how to deal with various kinds of hecklers and get the audience back on track with you. Make your mistakes in this workshop… not in front of a paying crowd.

Dirty comedy may be fun but it rarely pays the bills. Learn how to clean up your material and you’ll get more paid bookings.

Crowd work takes many forms. Start with the basics and grow your skill. It’s fun!

You want to tell a story with dialog. Don’t just tell it … show it. Create the characters on stage who are speaking in the story for a far more interesting show.

We’ll look “under the hood” to determine why one of your favorite jokes isn’t working even though you’ve used it at least two or three times on stage. Sometimes it’s an easy fix and other times it needs a complete overhaul. Just like your mechanic says … no promises!

If you want to get booked or re-booked from an open mic performance, stage etiquette is essential. Green room, too! After all it’s Show Business! You provide the show and the club and its producer provide the business. How to stand out from the crowd of wannabes.

Navigate to the HOME page to register for any or all of the above classes.